To say I am jazzed about this amazing Yoga practice would be an understatement! A few weeks ago I shared 6 Reasons to Begin a Kundalini practice – this week’s article discusses the science behind it. 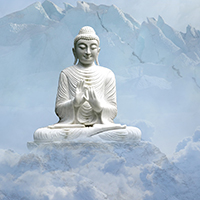 A practice that is thousands of years old, each Kundalini class includes:
· Conscious breath work
· Physical postures; also called kriyas, (in Hatha yoga we  use the term asanas)
· Mudras – specific positions created with the hands and  fingers that stimulate energy flows in the body
· Meditation
· Mantra
· Sacred sound vibration

It has been called the ‘householders yoga’, the ‘yoga of awareness’ and the ‘mother of yogas.’ Any way you look at this practice it is deeply life changing. It is designed to help us heal and strengthen the nervous system; needed more than ever in a fast-paced culture with alarmingly high levels of stress, anxiety, depression and PTSD.

Each kriya or series of postures is designed to be taught in a specific order for full benefit. There are thousands of kriyas designed to heal anything you can imagine!

Yogi Bhajan brought Kundalini yoga to the West, and describes the practice as both a science and an art: “It is the science to unite the finite with infinity, and it’s the art to experience infinity in the finite.” The Kundalini Research Institute shares this definition: to “awaken the full potential of human awareness in each individual.”

Modern science has explored the effects of Kundalini Yoga: here is an excerpt from an article I recently discovered from GreenMedInfo:

Modern science has begun to confirm what Yogi Bhajan knew: Kundalini yoga strengthens and restores the nervous system. An 8-week study of the benefits of Kundalini yoga for PTSD trauma sufferers showed that participants had significantly improved PTSD symptoms, including better sleep, less perceived stress, more positive mood, more resilience, and less anxiety than did the Control group.5 A 2017 study looked at the effects of Kundalini yoga on an individual’s perception of stress, by measuring secretion of cortisol and alpha-amylase, two key hormonal stress indicators. The study found that the practice of Kundalini yoga for three months produced “an immediate effect on salivary cortisol levels and on perceived stress,” and that “A significant decrease of perceived stress in the study group was found.”6 A similar study that allowed participants to self-report, showed benefits beyond stress tolerance, such as greater capacity for self-reflection, improved mental clarity, and higher self-esteem.7 Similar mechanisms are at work in the brain of addicts, including low levels of a neurotransmitter called gamma-aminobutyric acid (GABA). One study has shown that just one hour of yoga can increase GABA levels by 27%.8
In 2017, in a first-of-its-kind study, Kundalini yoga was explored as a therapy for age-related cognitive decline. After 12-weeks, participants who engaged in a Kundalini yoga practice “showed short- and long-term improvements in executive functioning as compared to [Control group],” and even broader positive improvements were seen on depressed mood and resilience.9 Due to Kundalini yoga’s unique ability to target the physical mechanisms of fear and anxiety, it has shown promise as an adjunctive therapy that could improve mental and emotional functioning for patients who have received a cancer diagnoses.10
Kundalini yoga is an ancient practice that has been preserved and passed down, for the benefit of humanity. As Yogi Bhajan presciently knew, “no one needs it more” than the chronically overworked, hyper-stressed, and still heavily-medicated population of the modern Western world. If you would like to learn more about Kundalini yoga, you can explore the fundamentals. 3HO can help you find instructors in your area.

I wish you an abundant Spring season filled with much love, passion and adventure. As always I am here to support you in this life journey – and welcome your feedback.